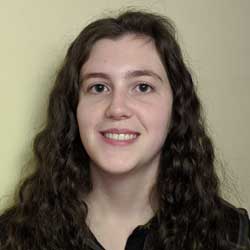 There are predictable changes most of the organisms on Earth experience based on the daily rotation of the Earth and the rotation of the Earth around the sun. The biological rhythms with a period of about one day is called circadian rhythm and the seasonal rhythm with a period of one year is called circannual rhythm. Because ambient light condition is one of the strongest environmental cues, the predictable seasonal rhythm of a day length must play an important role in developing the circannual rhythm. Photoperiodism is a physiological response of an organism to changes of the ambient environment over a year and plays a major role in fitness of an organism in nature. For the past half-century, the molecular mechanisms of the circadian clock have been characterized. However, the mechanisms of the circannual clock and the role of the circadian clock in the circannual clock have not been understood. We hypothesized that there are multiple genes that are involved in photoperiodism, and that the genes involved in the circadian clock might also be involved in photoperiodism. To test our hypotheses, we developed the protoperithecia assay (PPA). Protoperithecia is a female sexual reproductive structure in N. crassa. It is known that the number of protoperithecia changes in response to different day-length periods. We performed Quantitative Trait Loci (QTL) analysis on the change of the number of photoperiod-dependent protoperithecia as a trait in 91 F1 progeny of N. crassa. We found a major QTL on chromosome (Chr) 1 and characterized 17 knockout mutants in the target region on Chr1. We identified a candidate QTL gene whose deletion had a significant deviation of the photoperiodic response from that of the parent genotype. We also performed PPA on 10 known classical circadian clock mutants and found that some of the clock genes showed altered photoperiodic responses. Our data support the view that the circadian clock is a part of the day-length measuring mechanism, and thus involved in the circannual clock.

Click to view a PDF of this research poster.