By Gilharia Delva and Nathan Fried 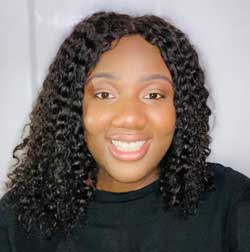 This year, it was estimated that cervical cancer would affect about 13,800 women in the United States (“Cervical Cancer”, 2020). This number is likely to be higher in developing countries where women do not readily have access to PAP tests or HPV vaccines. Various strains of the human papillomavirus (HPV) play a primary role in causing most cervical cancers. This virus contains two oncoproteins known as E6 and E7 which turn off some tumor suppressor genes, such as p53 and Rb, which eventually lead to cervical cancer (Salcedo et. al., 2003). Previous research has found that echinacea, an herb from the daisy family, contains anti-inflammatory properties. Inflammation typically causes pain due to the swelling of tissue that push on nerve endings (Omoigui, 2007). Cervical cancer that has advanced beyond the first stage of the disease may cause many painful symptoms such as pelvic/back pain, leg swelling, cervicitis (inflammation of the cervix), or pain/discomfort during sexual intercourse (“Cervical Cancer”, 2020; Mirzaie-Kashani et.al., 2014). The goal of this experiment is to determine whether echinacea could be a potential supplement to help treat painful symptoms in women with cervical cancer. In order to test this, Drosophila Melanogaster, common models for cancer research, were utilized because humans have genes associated with diseases that have homologs in fruit flies (Mirzoyan et. al., 2019). In this experiment, wild-type and Rb mutant (missing the Rb gene) adult Drosophila that were fed food with and without echinacea underwent a pain-sensitivity assay within a crafted heat-sensitivity chamber.